Description from TED website:
Leaving a high-flying job in consulting, Angela Lee Duckworth took a job teaching math to seventh graders in a New York public school. She quickly realized that IQ wasn't the only thing separating the successful students from those who struggled. Here, she explains her theory of "grit" as a predictor of success.

This is a very short, but very thought-provoking talk, I really recommend that you watch it – especially if you work in education.

One of the first quotes I want to focus on from this talk is:

“I came to the conclusion that what we need in education is a much better understanding of students and learning from a motivational perspective, from a psychological perspective.”

In all of her research, Angela discovered one important variable that could predict perseverance in people, and that is “Grit.” So what is grit?

“Grit is passion and perseverance for very long-term goals. Grit is having stamina.”

So now the question is, how do we develop “grit” in those we are educating? Angela doesn’t provide an answer to this, as she states that this is where more research is needed. However, she does mention a “growth mindset” as a possibility – meaning that the ability to learn is not “fixed.” But Angela states that this is not enough, we have to dig in and try ideas to help develop grit in others.

In other words … we need “to be willing to fail, to be wrong, to start over again with lessons learned.”

Failure is not evil, it is how we learn. Develop a culture in your environment where failure is accepted (as long as it isn’t a life-or-death situation that is). Develop a culture where failure is examined, broken down into parts, so you and those with you can learn where the mistakes were made (without placing blame) and figure out how to proceed without making those same mistakes again. Encourage people to try new things … after all, a toddler only learns to walk from trying, failing, and trying again until he is successful. 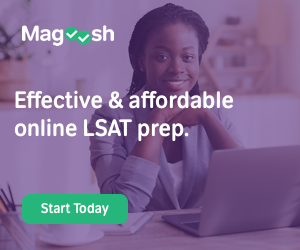