Description from TED website:
Brené Brown studies human connection — our ability to empathize, belong, love. In a poignant, funny talk, she shares a deep insight from her research, one that sent her on a personal quest to know herself as well as to understand humanity. A talk to share.

Things she found that the “whole-hearted” group had in common:

A lot of people, myself included, have a hard time embracing vulnerability. She states that we deal with it by trying to numb it, unfortunately, you can’t just numb one emotion! She brings up the facts that we are the most in-debt, obese, addicted, and medicated adult cohort in U.S. history (and this talk was over a decade ago)! These addictions are all the ways we attempt to numb, but then we numb all of our emotions.

She points out that we can use other methods other than addictions to numb the “bad” emotions such as vulnerability. Such as making things that are uncertain certain … in other words, the mentality of my ideas are automatically right, and yours are wrong, so shut up! In describing this, she said that this is what politics looks like today:

“There’s no discourse anymore. There’s no conversation. There’s just blame. You know how blame is described in the research? A way to discharge pain and discomfort.”

Another way that we attempt to numb our emotions is by making everything perfect … as if that were possible!

Instead of trying to numb our emotions, she recommends that we:

There is a lot of great information in this talk and I’ve only summarized some of the points that really stood out to me. I highly recommend that you watch this video for yourself … I believe I’ll need to watch this one a few more times myself!

Thinking about how this talk could be used in the classroom I have a few thoughts for the types of courses this would go well with. I think this would be a great talk for an intro to research class since she talks about how her own research affected her and her need to seek help. I think young researchers need to know that it’s ok to ask for help. So I would really recommend this talk in that area. Of course, discussions are always an easy way to incorporate a video such as this into a class. Do you have any other ideas for how to incorporate this talk into a class?

I can also see this talk being good in psychology and social work courses. I’m pretty sure it could be used in other areas …but I would love to hear your thoughts on how this talk could be incorporated into your courses to encourage engagement in students! 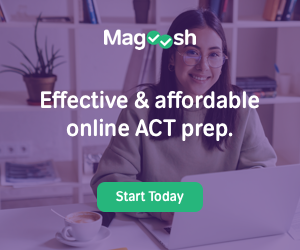